The Canadian government has initiated the process of banning most flavored vaping products. The flavor ban will be implemented as a regulation by Health Canada, and will prohibit flavors other than tobacco, menthol and mint.

Health Canada will also finalize a rule, proposed last December, to cap the nicotine strength of e-liquid and DIY nicotine at 20 mg/mL (or two percent). Despite opposition from vapers during the public comment period, the nicotine cap rule was completed in the promised six-month timeframe. It will be published on June 23 and take effect on July 8. Retailers will have until July 23 to clear existing stock.

The draft flavor regulations were published Saturday in the Canada Gazette, serving notice that they too will be adopted in six months (technically 180 days)—sometime in January 2022.

The agency is proposing not just a ban on flavor descriptors or “characterizing” flavors—as most flavor restrictions do—but setting out a list of allowable ingredients used to create tobacco, menthol and mint e-liquid flavorings. The agency will impose complete prohibition of all other flavorings, including all sweeteners used in e-liquid. Health Canada estimates that 80-85 percent of existing tobacco and menthol/mint e-liquids will have to be reformulated.

The rules will “prescribe sensory attributes standards to prevent a sensory perception other than one that is typical of tobacco or mint/menthol.” In other words, there will be no sneaking vanilla or caramel into the tobacco flavors, or berries into the menthol.

The flavor ban is being presented as a tactic to reduce youth vaping, without any evidence to indicate that it can accomplish that goal. Health Canada says the currently available flavor variety is “believed to have contributed to the rise in youth vaping.” Prohibiting flavors, according to the agency, is “expected to contribute to making these products less appealing to youth, which would help address the rapid rise in youth vaping.”

But most teenagers who vape are not committed to vaping. Rather, they’re occasional experimenters for whom curiosity, not flavor options, is the driving factor. If they can’t get the flavor they prefer (if they prefer one at all), they will use a different flavor—or experiment with cigarettes instead, as a recent Yale study showed.

This is one of the funniest paragraphs so far.

Revenue lost as a result of a flavour ban, will be offset by an increase in tobacco purchases by those who return to smoking.

Conversely, flavors are crucial for exclusive vapers—regular users who no longer smoke. Surveys of vapers show that fruit and dessert flavors are by far the most popular, especially among users who have quit smoking entirely.

Two 2018 studies of American vapers’ flavor preferences—one led by Christopher Russell, and one by Konstantinos Farsalinos—showed that four times as many adult vapers favored fruit or dessert flavors over tobacco flavors. More than three times as many preferred candy flavors to tobacco. Health Canada even admits the importance of flavors to this group.

“Measures to limit flavours in vaping products to reduce their appeal to youth may also make these products less attractive to people who either vape as an alternative to cigarettes or to stay abstinent from smoking,” says the proposed rule. “Adults who successfully quit smoking with vaping products often cite flavours as important in breaking the link with smoking. Fruit flavours are the preferred choice for adults and youth….A recent study conducted in both Canada and the United States shows that a variety of non-tobacco flavours, especially fruit, are popular among adults who vape, particularly among those who have quit smoking and are now exclusively vaping.”

The explosion of non-tobacco vape flavors in the early part of the last decade was the result of vapers seeking more effective products to help them avoid cigarettes. Flavors were a user innovation, as University of Waterloo (Ontario) PhD candidate Amelia Howard explained in 2019.

Direct quote from the new Canadian vaping regs: “The proposal could therefore disproportionately impact adults who use fruit-flavoured vaping products, especially former smokers who have switched to vaping.” They are saying the quiet part out loud. Vapers don’t matter.

“Flavors reflect the preferences of the people who use these products to stop smoking,” wrote Howard. “E-cigarettes don’t work when people don’t like them, and flavors are what the people who need e-cigarettes like about them.”

“Health Canada acknowledges that cigarette smoking kills 48,000 Canadians a year and that vaping is far less hazardous,” University of Ottawa law professor and tobacco control expert David Sweanor said. “But then actively engages in measures that will kill the legal vaping market and thus many more Canadians who will continue smoking. It is time to reject abstinence-only agendas and embrace basic public health principles.”

Health Canada understands that flavors are important to the people who have broken their dependence on cigarettes. The agency even admits it has no idea what former smokers who now vape will do when flavors are removed from the market, noting that “it is unknown what the impact would be on people who vape if they had no access to their preferred vaping product flavour.”

It is known in Nova Scotia. That Canadian province banned flavored vapes in early 2020. Six months later, retailers reported a 21 percent increase in cigarette sales. A poll in the province showed that 29 percent of vapers were at risk for relapsing to cigarettes.

Government agency admits their policy will drive up smoking rates. They’re basically saying this ban will cause more death and disease.

Where’s the Canadian media at holding @GovCanHealth accountable for this? https://t.co/j91Q9TaeTl

But Health Canada is willing to gamble with former smokers’ lives—for the kids, of course. The agency admits that reducing the variety of vape flavors will lead some vapers back to smoking and prevent some smokers from switching. But the regulators don’t seem to care that much.

Buried deep in the cost analysis of the proposal is an acknowledgement that some people who smoke will continue, rather than switching to the less-attractive flavors that will be allowed. But, says Health Canada, the good news is that tobacco companies will sell cigarettes to those people, “hence offsetting the loss of sales of tobacco- and mint/menthol-flavoured vaping products.”

Vape shops and online retailers will not survive a flavor ban—especially in combination with the nicotine limit that takes effect in July. While closed-system pod-based products—probably souped up to deliver more vapor from the mandated lower-nicotine content—will remain popular, vape shops need a wide variety of e-liquid flavors to prosper. No one is making a special trip to a vape shop to choose between 20 tobacco, menthol and mint e-liquids.

Some may convert to black market operations, selling illegal liquids without fanfare. Others will probably join their cousins in American states with flavor bans, trying various hybrid business models to get by. Many will simply close.

https://t.co/dLvHhEFv0V is back up to assist Canadian consumers in drafting an official response to proposed regulations that would ban flavoured vaping products.
You have 73 days to do so. (1/3)
x

1) YOUR STORY IS IMPORTANT.
2) It prevents the government from classifying tens of thousands of consultation responses as “One Unique Response” and downplaying the validity of your concerns. (Fin)

The rule allows manufacture of flavored products for export. Some large Canadian e-liquid producers may have enough foreign business to successfully limit their domestic business to the allowed flavors. Juul Labs and the tobacco companies will carry on with tobacco, menthol and mint. Mint is a popular JUUL flavor anyway.

Health Canada will accept comments on the proposed rule, although the primary public consultation on vaping regulations was published and completed in 2019. Of the 24,000 comments received in response to questions about potential vaping rules, 23,000 were preprinted postcards organized by vape shops, which were largely ignored by the regulators. Few vapers took the time to compose serious comments.

How can vaping consumers respond to Health Canada?

This time out, the Vaping Industry Trade Association of Canada (VITA) has created a website to help consumers respond, including a CASAA-style prewritten response letter vapers can click and send. Vape shop owner Thomas Kirsop strongly advises consumers to personalize the letter by inserting your own story about how vaping helped you. By doing that, the Health Canada reviewers are forced to count each response individually, rather than lumping them as “one unique response.” They’re also reminded with each story that their regulations will hurt real people.

Using the VITA page, your response is also automatically sent to the Health Minister, your MP, and the opposition leader.

You can also respond directly to Health Canada by mail or email:

There is also a petition to the House of Commons, calling on that body to change the law that gives Health Canada the power to implement a flavor ban.

Vaping organizations are planning a protest at the capital in Ottawa on August 21, although there are no details yet.

Smokers created vaping without any help from the tobacco industry or anti-smoking crusaders, and vapers have the right to keep innovating to help themselves. My goal is to provide clear, honest information about the challenges vaping faces from lawmakers, regulators, and brokers of disinformation. I recently joined the CASAA board, but my opinions aren’t necessarily CASAA’s, and vice versa. You can find me on Twitter @whycherrywhy

From Whistles and RIXO bridal gowns to Rolling in Roses, the top rated 10 marriage dress trends for brides receiving married in 2021 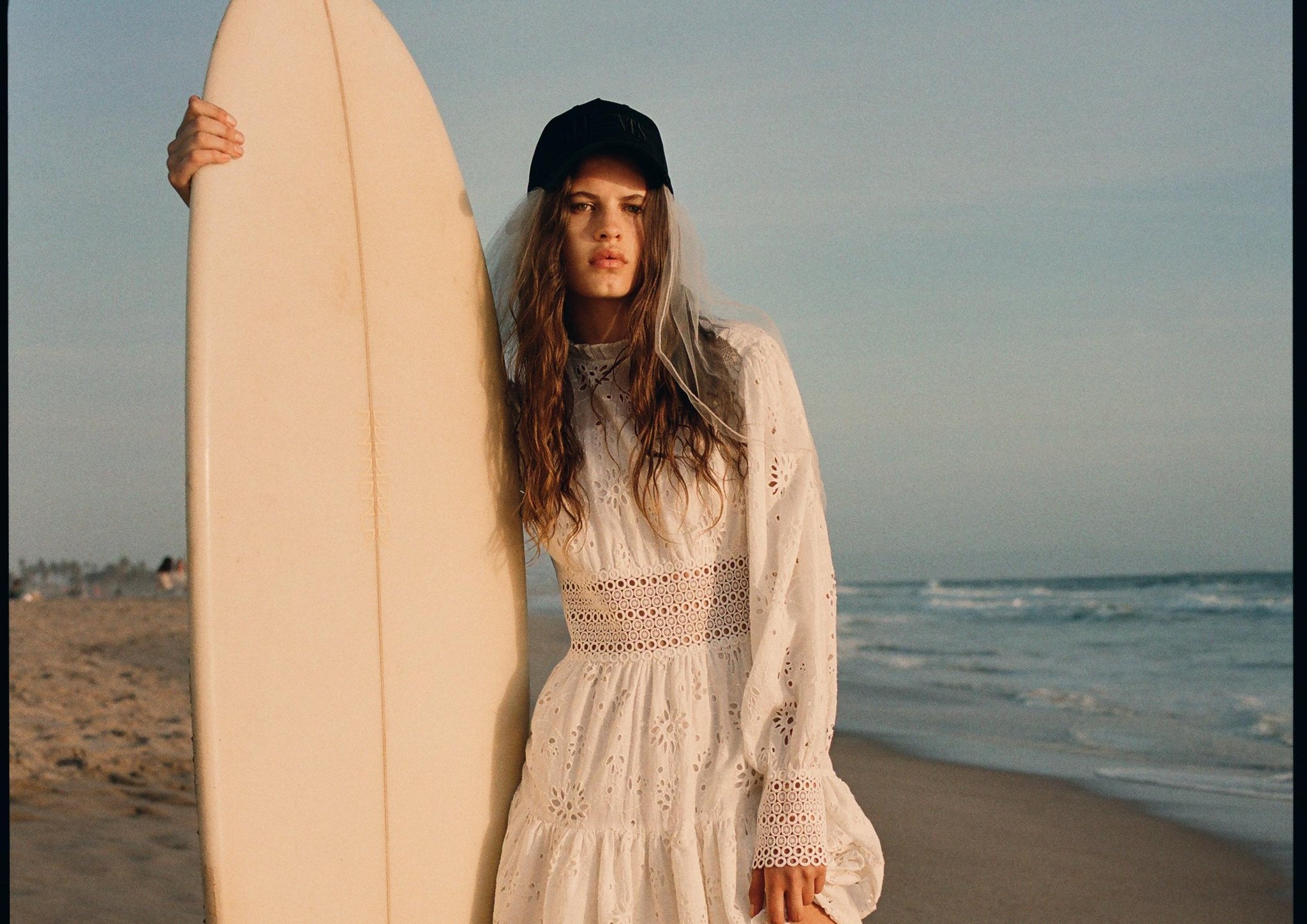